The visit to the veterniarian on May 27th was the hardest thing I’ve done in a long, long time. My little baby dog, Wash, had not been doing well for quite some time. Probably too long; I didn’t want to have to face this decision, even though his health had steadily declined over the previous year. I’m still shocked how rapidly he went from a happy, bouncy puppy to an old, cranky dog.

We staved it off as long as we could. Previously the vet prescribed pain meds that at least let him get up and move around again. It only delayed the inevitable. 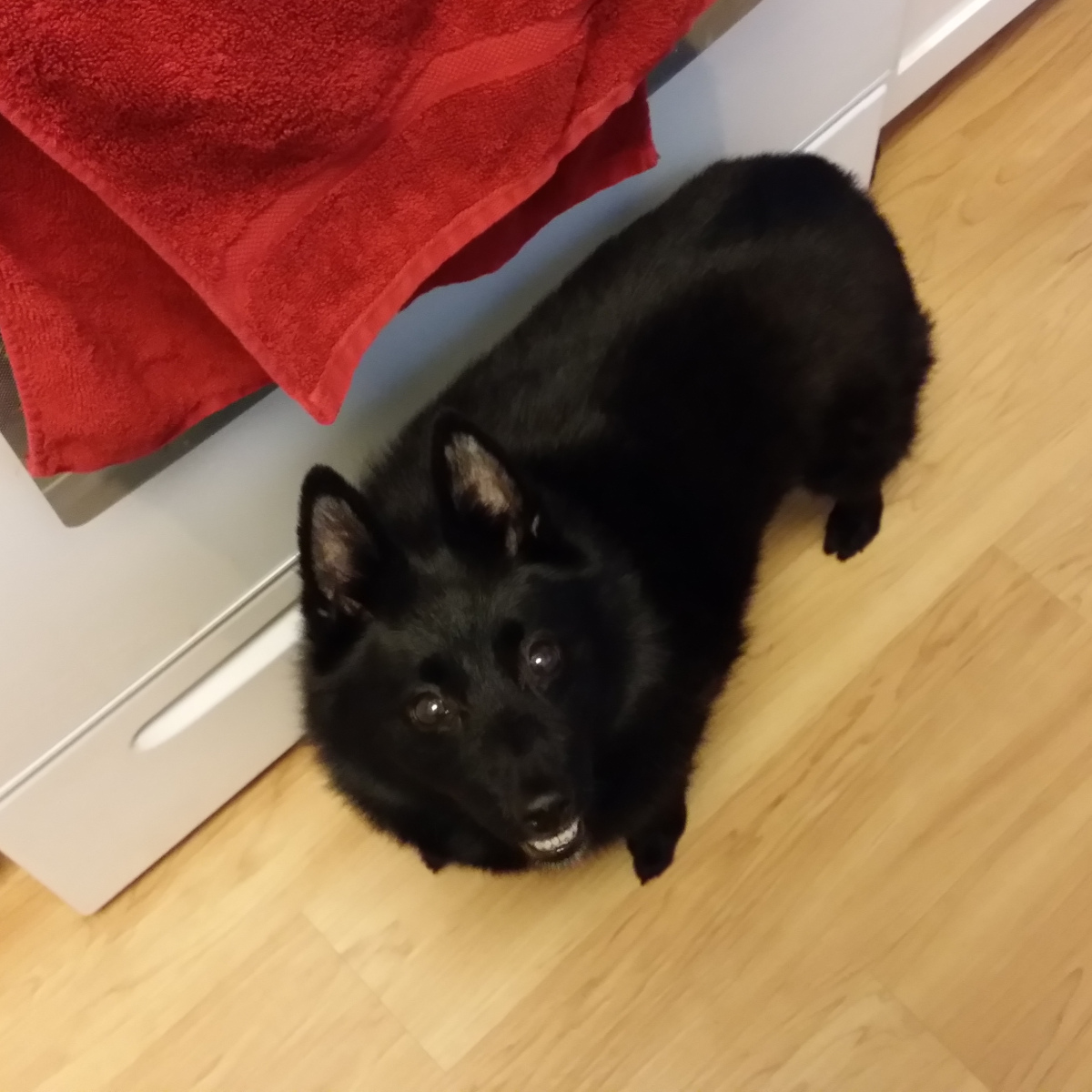 An older picture from when he still smiled

It’s been about a week since that day. I still find myself looking up and thinking I’ll see him in his bed, where he always was. When I go into the kitchen, I’m disappointed he’s not right there at my heels, begging for treats. Life feels a little more empty now.

Wash isn’t the first pet I’ve lost. We had plenty when we were growing up, but none of them were my pets specifically. My parents took care of it, and I only learned after the fact that the family dog or cat wasn’t coming back. This time it was much more personal. I’ve never had to make that decision myself. It was terrifying.

I picked out Wash myself and raised him from a puppy. The first time I held him, I could pick him up in one hand. We pretty much grew up together… when he first came into my life, I was only 26 years old, a completely different person in many ways. Sixteen years is the most I’ve given to any relationship in my life.

Last Thursday was the first time in my life that I held a dear friend in my hands as his breath grew slower and slower, and then just… stopped.

The vet assured me it was peaceful and painless. Of course, she meant Wash. There was nothing peaceful nor painless about it for me. After it happened, I was in shock and disbelief. Did that really just happen? Was I too hasty? Should I have tried harder to avoid this? Nothing but doubt. Somehow I managed not to panic. Somehow my brain convinced itself that this was what had to happen, though my heart was completely destroyed.

Every day at sundown I light a candle for him and recite the kaddish. His jahrzeit is marked on my calendar. These are the least I could think of to do. A bit strange for a dog rather than a person, but he was such an important part of my life, how could I not? I think it helps, at least. Every day I feel a little more closure, though I still cry a little bit when I see another dog that reminds me of him, or something on TV brings up the topic of death.

I don’t think about death a whole lot. I did when I was younger, but at some point I became more comfortable with growing older and the reality that one day it will all end. But facing Wash’s death brought back something I do fear: frailty. Watching all the myriad ways his body and mind just gave up in the final months was haunting. At the end, I’m not even certain he really knew who I was anymore.

What happens if I’m unable to take care of myself physically? What happens if my mind slips away from me? What will my life be like at that point? Will there be anyone around to give me comfort in the end, when I cannot provide it myself, like I did with Wash?

I try not to dwell on the negative, though. For now I’ll think about Wash as he was, when he could leap nimbly from the couch and chase after me, biting at the air as dinner-excitement overtook him. I have a blanket that I bought not long before I first got Wash, and it still bears some holes in one corner that he chewed into it as a puppy. I’ve wondered frequently over the years if it was finally time to replace it, but now I can’t bear to let it go.

I also still have Zoe to look after, though I wish I knew how she felt about the whole ordeal. She sleeps in his bed but otherwise hasn’t really told me if she misses him or not. 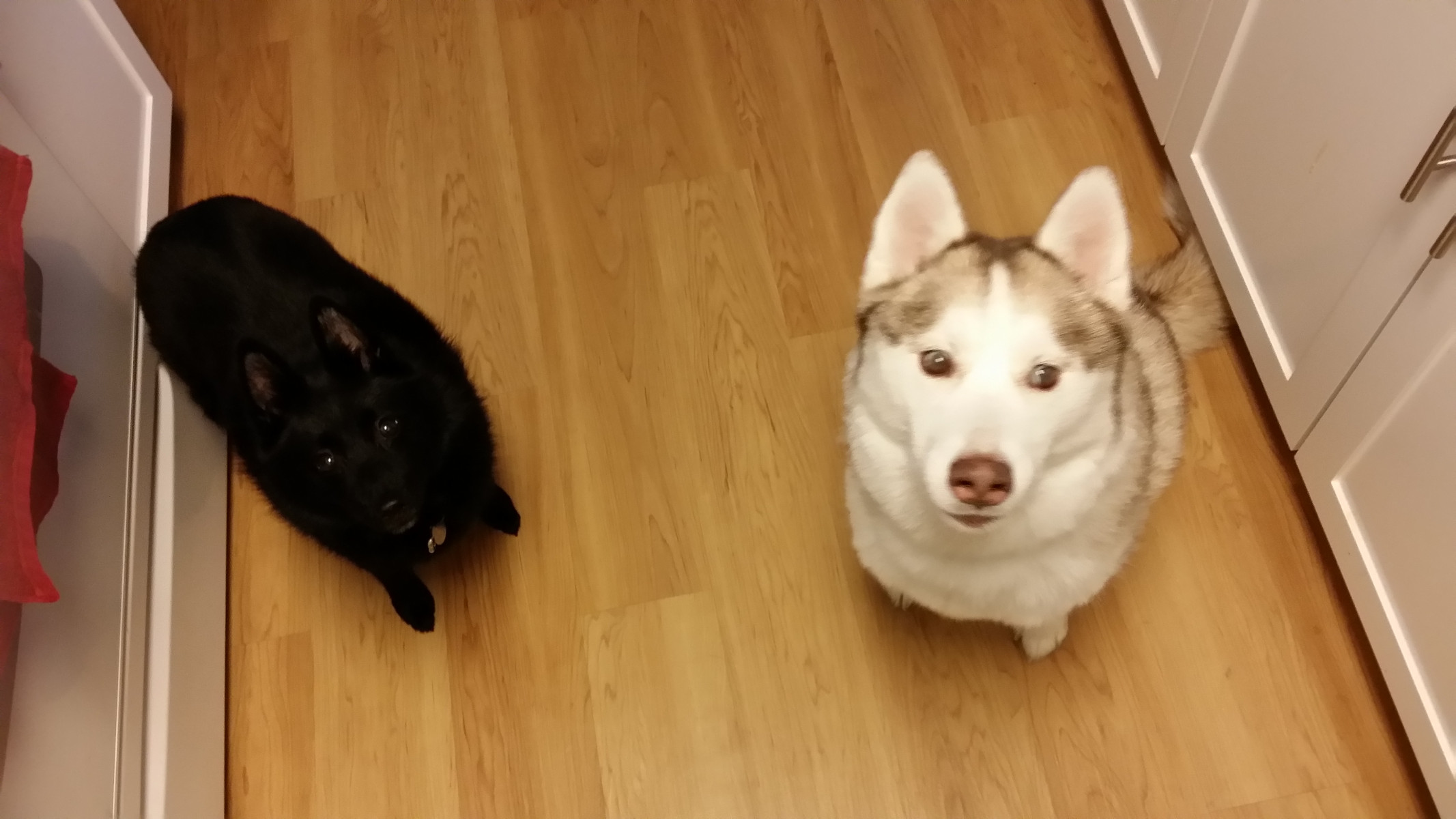 Wash and Zoe together